For those still scratching their ass in puzzlement about how forced adoptions happen to “everyday normal” people like yourselves, here’s a documented case. American healthcare is either a Walmart (Medicaid and Medicare) or a bartering system for the under-insured and uninsured. Hospitals and pregnancy “crisis” centers operate under the deception of offering assistance, often shaming and threatening the mother, instead of offering information on WIC and Medicaid. The qualifications for Medicaid are finicky and murky. e.g. If one works too many hours = no assistance. NOTE: These are not cases of DHR/CPS involvement, although adoption traffickers may threaten mothers with privately hired social workers. Their victims are what you consider “everyday normal.”

If the Affordable Healthcare Act is repealed, then the multi-billion dollar domestic adoption industry may just become a multi-trillion. The gross gaslighting and false dichotomy is that baby-selling (privately, coerced adoptions via attorneys, private “charities” and agencies), is the alternative to abortion. In reality, these two very separate issues are unrelated. These women have chosen to be mothers. Predators find these mothers in medical and financial crisis, often poor, sometimes single without family support.

The modus operandi of the fallacious propaganda campaign to convolute and conflate apples and oranges (abortion and adoption) is driven by greed, and backed by self-righteousness and Gestapo-style rhetoric. Not only is this infant trafficking industry the ultimate exploitation of women, it’s bipartisan and steeped in classism – the entitlement of the wealthy. Money and resources make it difficult to fight this legal trafficking industry, and adoption law varies from state to state. Adoption law is the “wild west” of law; most states are in direct violation of The Parental Rights Amendment. In a country ran by lawyers and banks, unethical state bills are passed to loophole constitutional law.

The bipartisan classism of adoption trafficking -the American legal brand of human trafficking- may be the most pernicious factor. Often, it’s religious conservatives pimping adoption, profiting off of the traumatic separation of mother and baby. But limousine liberals do much of the baby buying. Both sides work to gag their victims – first the exploited mothers, and then the adoptees by sealing birth certificates and medical records. This is one reason intersectionalists refuse to acknowledge adoption trafficking as the most ignored human rights violation. Rich, liberal women and their LGTB pals are the newest customers -a fast growing market- for the adoption industry.

If you’re a liberal and hesitate to call out LGBTs for their participation in this human rights violation, you’re a coward. Some illogical “progressive stack” should not make you scared to speak out. Girls and women have always been the most exploited. It’s called history. And your ivory tower rewrites are exposed by academics like yours truly.

If you’re a conservative and you’re riding on the adoption bandwagon, you are an absolute failure as Christian. Your god was conceived by a single mother; your god hung out with the poor, marginalized, and disenfranchised. Adoption isn’t even biblical, you hypocrite. And this atheist knows more about your “good book” than you do. Try reading your Bible. You may learn something.

What could stop adoption trafficking? Appropriately socialized healthcare and federally protected, supported maternity care and leave. We need a New Deal for women and children. The Affordable Healthcare Act isn’t without its flaws, so let’s fix it. And this time around not allow insurance and pharmaceutical companies to interfere with legislation, instead holding them accountable for fleecing We the People.

When there’s only one option, it’s not a choice. Here’s a mother’s account:

Hi, Lynn here. Someone asked me recently about more details of just how I lost my son “W” to an unnecessary adoption. So, I thought I would put it all here for all the SOS supporters to see. Some of you know this, others may not. I have nothing to hide, and it is my story. (Remember pre-ACA which would’ve helped me keep my son.)

I was over six figures in debt from a biz that went under (like oh so many did in 2008-2009), I was contracting with no employer benefits and only had a private health ins policy with a $10,000 deductible with no maternity coverage. I was single parenting a very difficult 7 yr old. with zero support from her dad of any kind. I lived across the country from my family and only had my neighbors to help me.

I attempted to work out a cash price with the hospital, doctor and anesthesiologist. They came back with $15,000 & it had to be paid before I walked in the door or ‘no deal’. (I am aware that they couldn’t deny delivering my baby, however, I was IN CRISIS and hysterically panicked.)
My now husband didn’t tell me his complete financial situation, and cultural differences played a role. (He grew up in Haiti and lived on little or nothing, which is very different in the US.)
Then, because I became hysterically panicked, he freaked out. Everytime he would come over I would see him and instantly become hysterical. He actually called me ‘the devil’ because I was so panicked and hysterical, and I was. It was like I was a crazy person.

I parented my oldest completely alone for her first 7 years, including driving myself to the hospital after my water broke – so completely alone. I knew what this ride was going to be and I lost faith in myself and didn’t believe I could do it.

Then, I got hyperemesis and could not work without being medicated for nausea. When I went to pick up the 1st Rx of Zofran, the pharmacist told me it would be $600 that insurance had denied it. Again, more panic. How was I going to do this, if I didn’t have this medicine I couldn’t work, if I couldn’t work how was I going to survive much less parent 2 children alone?

Yes, my son’s adoptive mother has also thrown this in my face (choosing adoption because of money over my son) and that she doesn’t believe my hospital bill story. She doesn’t have to, nor do you, but it IS what happened.

So, did financial crisis/money come into play here? You damn right it did, but the main thing is that I lost faith in myself, and no one told me to just stop and think about how temporary my situation was.

This is EXACTLY why SOS is so SUCCESSFUL!! We tell mothers to slow down, assess the permanency of their situation and tell them that we will be there to help them if they want it.

99% of mothers that SOS helps are considering adoption due to temporary financial crisis, just like I did. Most mothers are not told to take their baby home, they will be on maternity leave anyway, and just recover and bond with their baby.

I do all of this for my son, and I have zero guarantee that he will understand. But what I can show him is that so many others have been in the same crisis mode as I was, and because I reached for the WRONG help (Adoptions by Gladney), I unnecessarily lost him, so I decided I needed to be the RIGHT help to keep others from suffering as my children and my family have and are.

It’s all I can do.
Judge and critique me all you want, but you can’t hurt me more than losing my son has.

I have nothing to hide, this is the truth, my truth.

Here are a couple blog posts that explain some of what I have been thru on this journey. I can’t make these stories up. 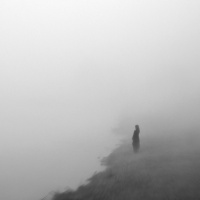 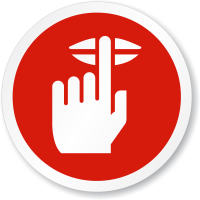 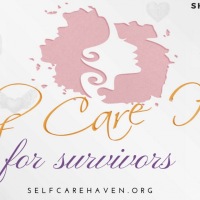 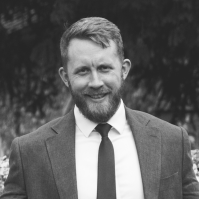